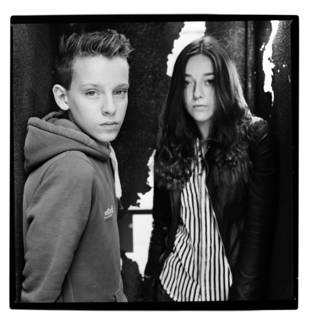 Ability is not a matter of age. With their tremendous skills, Meg `n Jez are living proof of that. The 18-year-old singer Meggie Hill and the 16-year-old guitarist Jez Ritchie have been making music together for four years and have made it to Europes largest concert stages with breathtaking speed. The newcomers have made appearances as the opening act for T. V. Smith and on Die Toten Hosens 2013 stadium tour. In addition to playing folk-like cover versions of classics by the likes of T. V. Smith and Pink Floyd, the young duo demonstrates their singer/ songwriter prowess with compositions of their own. Together with the producer Peter Walsh (Simple Minds, among others), Meg `n Jez recorded their first album "Follow It Down" in 2014.